Leading is not playing.

Understanding the true role of a leader... 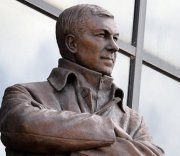 What percentage of the people in your team can do their jobs better than you could? If it’s anything less than 80%, you’re in trouble.

When I look across all of my past clients, those who have struggled most to grow, adapt and change, have been the ones with the weakest senior and middle management. Many of them would freely admit that they, or the people in their teams, were often having to “act down”, spending more time than they’d like hand-holding the team and fixing problems. But invariably, as we worked through it, we found it to be a situation entirely of their own making.

In almost every case their people had the wrong idea about leadership, and the wrong picture of the people they should be trying to recruit, and they’d inherited both of those ideas from above.

Probably the single most valuable lesson that I learned in my first job as a team leader, was to hire people that were better than me at what they needed to do, but beyond that, it was to actively recruit for people who could, within a year or two, do my job better than I could.

It made me feel vulnerable and uncomfortable when my boss told me that was how I should recruit, but when I looked across his team, I could see the result. He had absolutely no fear of picking people who were, in his own words, smarter, more creative, more analytical and more intuitive than he was. Did I feel that made him a weak leader? Quite the reverse; it made me feel like I was playing for Barcelona.

As a leader at any level, your job is to be the best at just one thing: getting the very best people around you, getting each of them to perform beyond their expectations, and building them into a functional team that’s more than the sum of its parts.

Your Challenge: Step into Fergie’s shoes and pick a “dream team” from only those players who you know can do their jobs better than you could. Who’s name would be first on the team sheet? Who would struggle to make it onto the subs bench? Might it be time to check out the transfer market?