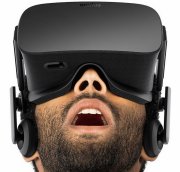 Palmer Luckey was 22 years old when, in March last year, he sold his business, Oculus VR, to Facebook for $2bn, netting him a personal fortune of around $500m. And yet Oculus VR had just one product, a product that was in fact still in development, and had virtually no sales.

$2.4bn for a business with no sales. Why? Because Facebook's innovation pipeline was empty, and Oculus Rift, Luckey's invention, was a potential game-changer. (Find out more about Oculus Rift)

In the last twenty years we've seen Kodak, Nokia, Blockbuster, Hoover - all household names laid low or laid out, by innovative upstarts. Zuckerberg paid an astronomical valuation quite simply because doesn't want Facebook to be next on the list. He knows that in his industry, big innovation is literally a matter of corporate life or death.

It's no coincidence that Apple, the world's most valuable business, has innovation running through its DNA. For more and more industries, the capacity for big innovation is becoming critical to businesses both big and small. Not just as an engine for rapid growth, but as an essential insurance against precipitous decline. Big innovation is no longer an expensive nicety. It's increasingly becoming a strategic necessity.

But the ability to genuinely innovate is patchy in most organisations, and building the capability for it is rarely top of the strategic to-do list. In fact, if you were to measure the percentage of time your executive team spends talking about genuine innovation, versus improving "business as usual", you'd probably struggle to get into double figures.

That's because overwhelmingly, we approach innovation in a purely tactical manner, looking for "quick wins" and "low hanging fruit"; one percent here and two percent there; aiming to make next year's budget, not to transform the industry. And yet we can see from the examples above, that taking a more strategic approach to innovation is one of the best ways to accelerate growth, open up access to new, more attractive markets, and to defend against the ever-hungry competition.

Is now the time for you to rethink your approach? If so, start here.

Bottom Line: A strategic approach to innovation doesn't need to be expensive, but it does need to be energetic and embedded into the heart of the organisation. What can you do over the next few months to make the space for big innovation in your business?