Why your people can't all get along. 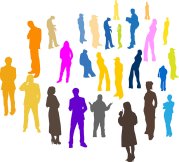 Take a handful of store managers from each of the big four grocers – in fact, from pretty much any big retailer, and put them together in a room. You’ll find pretty quickly that they have far more in common with each other than any of them do with their own head office colleagues.

Of course that comes as no great surprise. It’d be the same for groups from sales, from HR, and actually it’d be the same for the executive suite as well. People who do jobs similar to ours end up dealing with similar issues, thinking in a similar way, and forming similar beliefs and assumptions.

In IT, processes must be optimised, data should be centralised, a long-term programme plan is essential. In operations, people must be engaged, today’s problems should be fixed today, and responsiveness is essential. Each group has their own subculture.

That’s fine until those subcultures clash; when the responsiveness expected by the area manager conflicts with the plan that’s essential to the programmer. Different styles, different time horizons, in some cases different vocabularies, all conspire to create anxiety, frustration and the construction of those defences we call silos.

The single, harmonious organisational culture is a myth.

Subcultures are inevitable. And they’re not a problem until conflict and misunderstanding turns them into silos. Here are three ways you can make sure that doesn’t happen:

Cross-functional project teams: bringing together people from different levels and departments, with the right support and orientation, can be fantastic for creativity, and the mutual understanding they form on the project will provide lasting value long after it has completed.

Bottom Line: Our challenge as leaders isn’t to create a monoculture - that’s neither possible nor desirable. Instead it is to recognise subcultures, to help build bridges between them, and to ensure our most important values and priorities are embedded in them all.