How to overcome a "Silo Mentality". 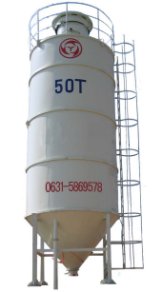 A few weeks ago I was invited to speak at a conference on “cultural change in organisations”. I wanted to say something practical, something the attendees could apply back in the office, so I talked about “silos” – that generic term we use when departments and teams don’t collaborate or communicate properly with each other.

Why? Because in almost every organisation I’ve worked with, when people say the word Culture, the words Silo Mentality are hot on its heels. It’s a description that seems to be as perennial as it is ubiquitous; more importantly, it’s one of the biggest barriers to organisational effectiveness and ultimately, to delivering your strategy.

The first thing to recognise is “silo” is a metaphor - silos aren’t real. When we talk about silos, what we’re actually talking about are specific, dysfunctional relationships between specific groups of people. We generalise with “silo” to depersonalise it. To make it about “them”, rather than about “me”. Which is precisely why “silos” don’t get fixed.

You can’t fix something that isn’t real. What you can do is build strong, functional relationships between teams. If you really want to. But you have to really want to. Because it’s you that has to take the lead.

Why you? There are three beliefs that stop us fixing dysfunctional relationships: “It’s them, not us”; “They won’t change” and “It’s not for me to make the first move”. As long as people (and by that, I mean you) are limited by those beliefs, the word Silo will continue to cast a shadow across every conversation about your organisation’s culture.

At the conference I talked about how to dismantle those beliefs and gave examples of how to shift individual relationships. But the starting point is this: They’re your relationships. You need them to work. So you need to fix them. That might sound unfair – surely there are two sides; they need to step up too? But the fact is someone needs to take the lead, book the room, find a facilitator, print out the feedback forms or whatever it is you decide to do. And yes, that someone is you.

Bottom Line:  Talking about “a silo mentality” is comfy and convenient, but it isn’t helpful. It takes the conversation away from those specific, dysfunctional relationships, of which you are a part, and which you can directly influence. Commit to fixing those relationships, take the lead and put those three limiting beliefs to one side, and you’ll find your “silos” vanish like shadows in the sun.